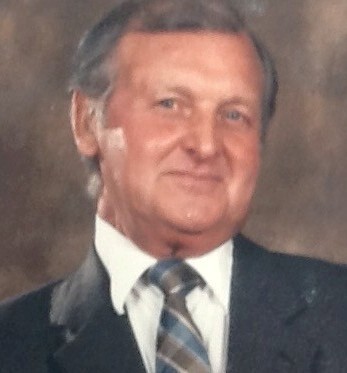 Ron moved to Parry Sound with his wife, Joan, and 3 small children in 1958 after being offered the position of CEO at Parry Sound General Hospital. He was 33 years old.

Believing that it was important to take an active role in the community, he was involved in many local clubs and associations and he developed many life-long friendships. Both he and Joan enjoyed playing tennis with the club in town for many years. He especially loved boating on Georgian Bay with family and friends. They attended Trinity Anglican Church and were supporters of the Festival of the Sound from its very beginning. They enjoyed travelling, but Ron reported that he never found anywhere in the world as beautiful as their hometown.

After Joan passed away suddenly in 2018, Ron moved to Lakeland. He received excellent care there. Thank you to all the staff from the Slater family.

Denise and Greg would like to send our deepest sympathies to all the family. We were good friends to Ron and Joan at Beacon View Condos RIP

Sorry to hear of the passing of Mr. Slater. He was a kind man and a gentleman. His greetings were always with a big smile and a hearty handshake. My condolences to the family.

Dear Judith, Rosalyn and Nick - Sorry to hear of the passing of "Uncle Ron" - Hazel and Steve Smith