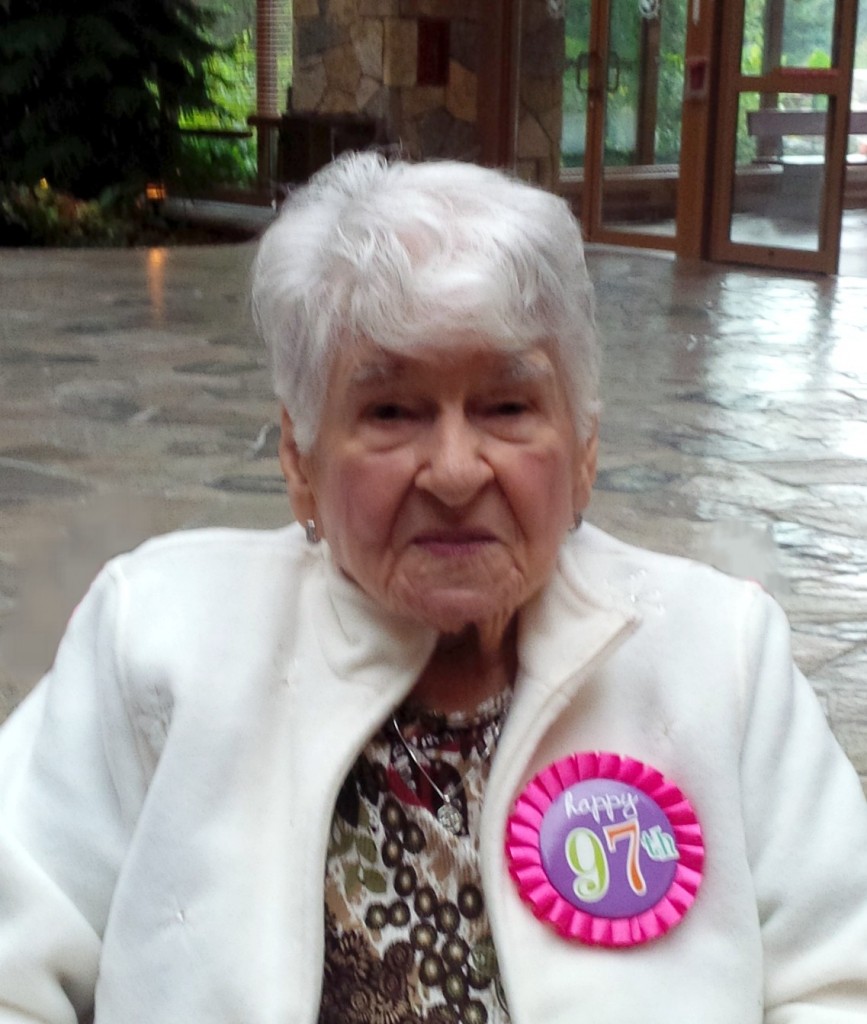 Norma Marguerite (nee Hillaby) Kerr passed away peacefully in her home on Thursday, February 19, 2015 at the age of 97.

Resting at the Logan Funeral Home 81 James Street, Parry Sound 705-746-5855 where family will welcome visitors on Tuesday, February 24th from 1:00 p.m. to 2:00 p.m. followed by the Funeral Service in the Logan Memorial Chapel at 2:00 p.m. Interment at Sylvan Acres Cemetery in the spring.

Donations to the West Parry Sound Health Centre or the charity of your choice would be appreciated.