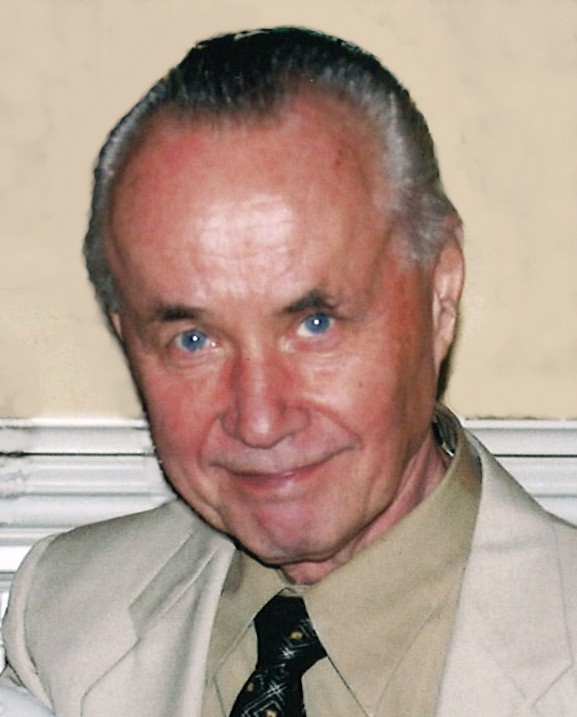 Beloved husband of Asta for 63 years. Loving father of Andrew Kingissepp and his wife Catherine Bray; and Christine and her husband Hugh Logan. Devoted grandfather of Sarah Sam, Matthew, Katie, Adam, Ryan and Claire. Dear brother of Jerry and his wife Alice; and the late Uno (Virve); Arvo (Elaine of Streetsville); Viljar; and Andres (Lyn). Fondly remembered by his nieces, nephews, family in Estonia and Sweden, other relatives, and friends, including colleagues from his lengthy time as an employee of SPAR Aerospace.

A special “Thank you” to Maria Christopher for her loving care of Harry.

Harry was raised on a farm in his beloved Saaremaa, Estonia, and told wonderful stories of mischief and adventure in his childhood. Unfortunately, WW II brought Harry’s childhood to an abrupt end. In 1944, as Stalin’s forces invaded Estonia, Harry’s family fled in a fishing boat as refugees for the safety of Sweden. What they thought would be a temporary absence from home would turn into a lifetime. Harry would spend his teenage years in Norrköping, Sweden, where he learned carpentry, and excelled in track and field. In 1950, Harry and his family immigrated to Canada – Asta would follow her heart and joined Harry the following year. Together they raised their family in Toronto, and at their Georgian Bay cottage.

A Service and Celebration of Harry’s Life will follow at 10:00 A.M., followed by interment of ashes at York Cemetery. Reception to follow at the York Visitation Centre.

As expressions of sympathy, donations to the Heart and Stroke Foundation, or the Estonian Foundation of Canada would be appreciated.