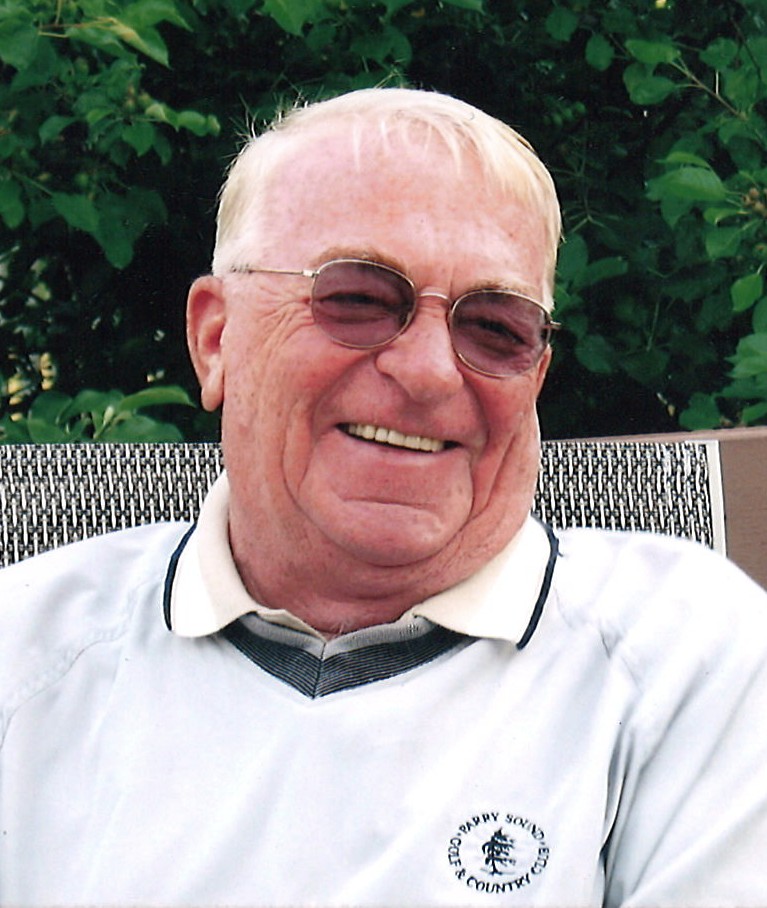 The family of Gene Dromisky is saddened to announce his passing on March 20th, 2020.

He was the best husband, father, and “Gigi”.

Gene was married to the love of his life and dancing partner, Evelyn for 60 years. Together they had two children, daughter Judy Medwick (Barry), and son Joseph Dromisky (Fran). Gigi is lovingly remembered by his grandsons Michael Medwick (Madeline), and Sean Doherty (Lisa). He will be sadly missed by his great grandchildren Everly and Arthur Medwick, and Ava and Hudson Doherty. Gene was the youngest son of the late Joe and Anne Dromisky. Dear brother of Stan, and the late Jack and Bernice. Fondly remembered by his many brothers and sisters in law, and nieces and nephews, who loved it when their Uncle Genie came to town. Also remembered by his other relatives, and friends.

Gene had a great childhood growing up in Thunder Bay (Fort William East End). He began his working career with General Foods, and then moved to Red Lake for five years working at the Brewers Retail (Beer Store). While living there, he coached a champion baseball team, learned how to curl, and enjoyed fishing, hunting, and snowmobiling. Gene transferred to the Parry Sound Beer Store in 1973, where he worked until his retirement in 1996. He became a member of the Rotary Club, Curling Club, Parry Sound Golf and Country Club, Royal Canadian Legion, Waubano Shrine Club, and Masonic Lodge. Gene and Evelyn enjoyed many winter months in Panama City Beach, Florida, where they enjoyed making new friends, golfing, and the sunshine.

The family would like to thank all of the staff of the West Parry Sound Health Centre Chronic Care and Transitions Unit, and also the staff at Lakeland Long Term Care (Rosseau Unit). Evelyn is very grateful to all of the people who gave hugs and asked about Gene and how she was coping.

As expressions of sympathy, donations to Lakeland Long Term Care, the West Parry Sound Health Centre, or the Parry Sound Waubuno Shrine Club would be appreciated.

Dear Evelyn & Family I enjoyed Gino's friendship & have good memories of his company at the Shrine Club events & the PS Legion. I hope we meet again one day.
Jim