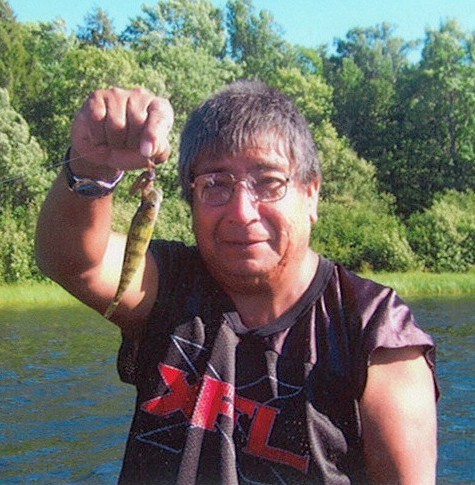 Loving son of the late Clarence and Elizabeth King. Beloved husband of Sandra. Dear father of Ernie and his wife Debbie; Kevin; and Brad King. Loving grandfather of Ryan, Jesse, Raven, Alyssa, Kevin Jr., Hailey, and great grandfather of Adrian. Dear brother of Wilfred, Conrad, Dianne, Earl “Ed” (Cecilia), and the late Gladys, Clarence, Noreen, Basil, and Gwendolyn. Fondly remembered by his nieces, nephews, other relatives, and friends. Resting at the Wasauksing Complex, where friends will be received from the afternoon on Friday October 10th, until the Service on Saturday, October 11th at 11:00 A.M. Interment Wasauksing Cemetery. Reception to follow at the Wasauksing Complex.

As expressions of sympathy, donations to the Canadian Diabetes Association, or the charity of your choice would be appreciated.