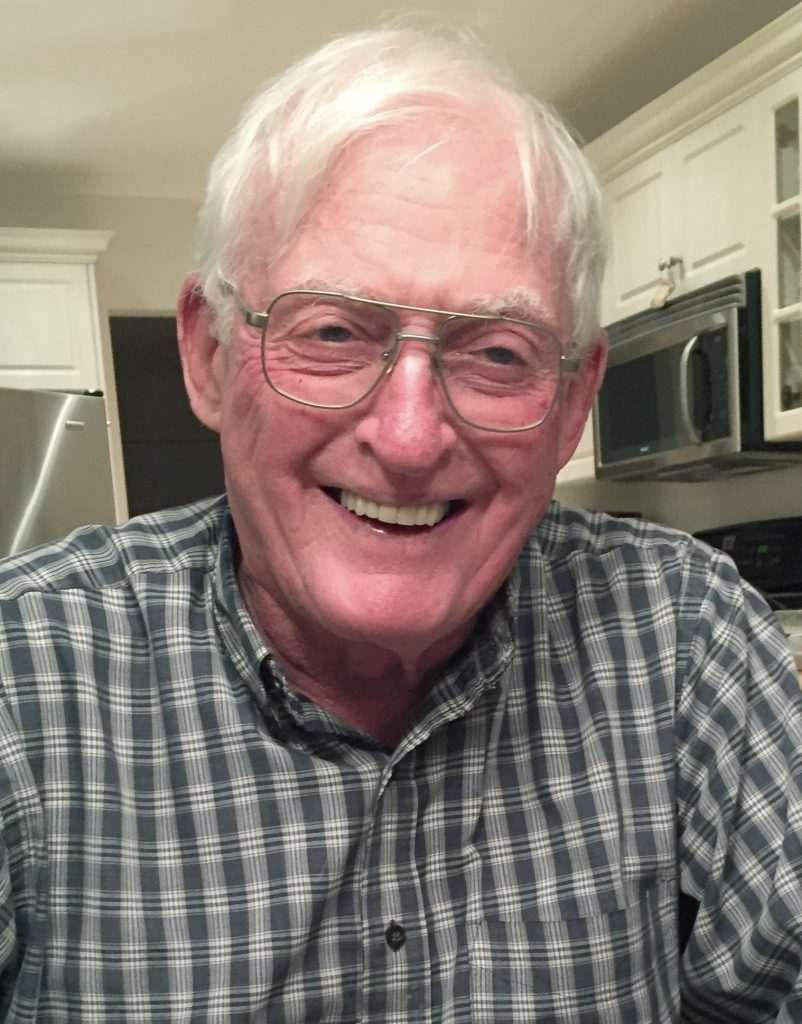 Angus Cecil Hilts passed away peacefully at Belvedere Heights, into the presence of Jesus his Lord and Saviour, on Sunday, September 4th, 2022. Age 91 years.

As expressions of sympathy, donations to Belvedere Heights, or the charity of your choice would be appreciated.boo

My condolences to the family. I have fond memories of Angus as my principal.

Dear Hilts Family
So sorry to read of the passing of Angus. He will certainly the final Well Done.
My thoughts are with you.
Gordon Dickie

I was so sorry to hear of the passing of Hank, as we all knew him. My ties to the Hilts family go back to early childhood and the link always remained important to me, particularly with Brenda. The family was such a fundamental and valued part of my Parry Sound connection and experience.

Hank was obviously a man of many talents and interests, gifted in many ways and he will be missed. It is reassuring to know he is with his Lord.

Hank leaves a wonderful family legacy and I will be thinking of each you and praying for you as you go through this difficult season of loss.

Mr. Hilts was one of those people that inspired you to try to be a better person. He would do things for people, not because of who you were, or what they could do in return, but because of who he was. He consistently offered to make bird houses, towel holders etc to sell at our breast cancer fundraisers. He truly could make your heart happy. A wonderful person. We are grateful for knowing him.

Mr. Hilts was such a kind man and a great principal at Nobel. Condolences to his family.

Angus was my first principle when I began my teaching career at Humphrey School in September, 1968. He gladly assisted me by helping with long range planning and showed real concern by checking in with me frequently to see how everything was going in the classroom. Angus demonstrated his talent as a great teacher and a caring principal. I also considered him to be a great friend. My sincerest sympathy to his family.

Angus was an empathetic educational leader, serving the pupils, parents and staff with care and concern. He will be missed by his beloved family, friends and collegues.

For Genie and Family Members:
It was with sadness to hear that HANK has died. Only met him once at your place but fond memories of that occasion.
Marlene Anderson

Angus will certainly be missed. My sincere condolences to the Hiltz family!

So sorry to hear of the passing of Angus. Had many great conversations with him over the years related to sports and politics. He was a good man and will be missed by all who knew him.

I was saddened to hear of Angus’ passing. He was principal of Nobel School, where my children attended. In addition, I taught with him for several years at the school. Angus was a fine and honourable man of deep faith and he influenced so many positively in his professional and personal life. My deepest sympathy to his family at this time of loss.

I am so so sorry to hear this sad news. He was a great principal at Nobel when I was there many many years ago. I used to always ask him in later days, if you ever want to get rid of the shed/caboose, I would certainly buy this and he always I'll think about it. RIP my mentor.

As a next door neighbour and colleague Angus was a very good friend. Angus was generous, kind and the first to step up to help others. We are full of fond memories of the time we shared.
Rest in peace.
Sincere condolences to his family.

Angus was a warm and considerate man to work with who became a good friend through this relationship. His support of children and family through Hands in many ways over the years was very meaningful.
He will be missed but a life well lived.
Jeffrey Hawkins

I am so very sorry to hear that Angus has passed away. I met Angus the first year that I came to Parry Sound when we curled together in a bonspiel. It was only later that I met his daughter Brenda, when we became colleagues at PSHS. My condolences, especially to Brenda’s family.