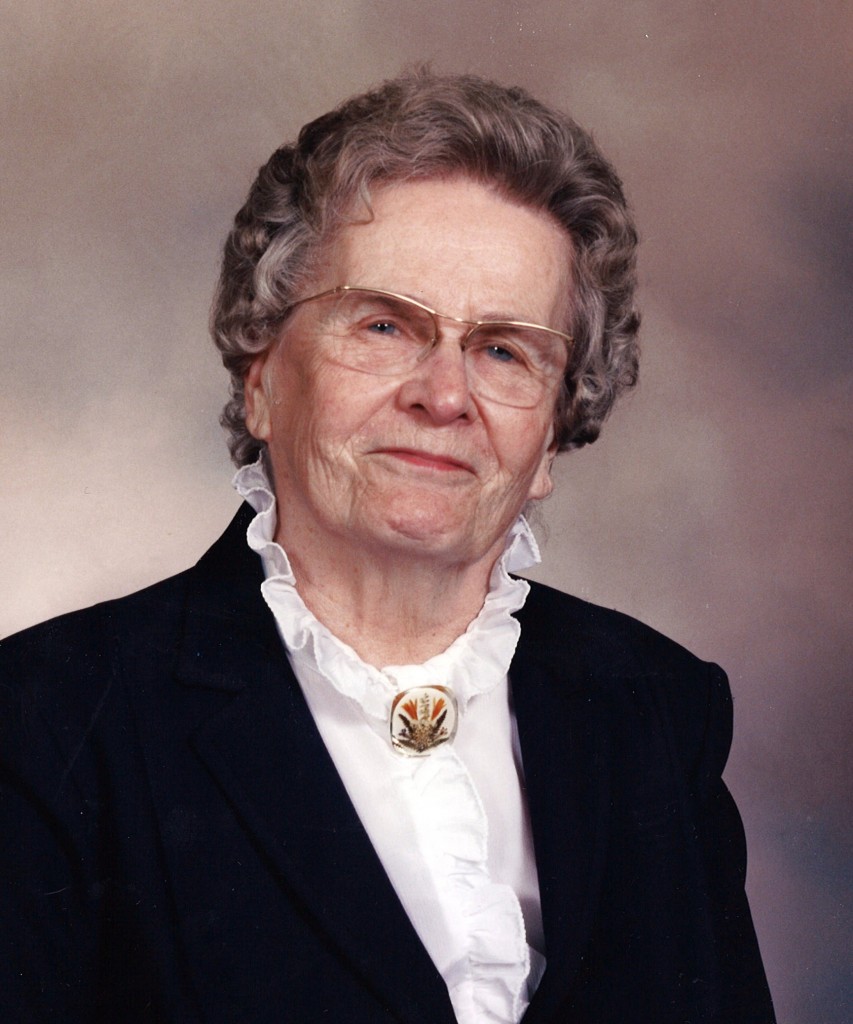 Alma Mary Peachey passed away peacefully at Lakeland Long Term Care, on Thursday, May 21st, 2015, in her 102nd year.

Beloved wife of the late John Peachey, and the late Frank Cooke. Dear mother of Maybeth Coyne and her husband the late Donald Coyne; Jack Cooke and his wife Marie; and Robert Cooke. Dear grandmother of Donnalyn, John, Shelley, Leslie, Susan, Barbara, John, Frank, Rob, and David. Great grandmother of 16. Fondly remembered by her, nephews, nieces, other relatives, and friends.

Funeral Service in the Logan Memorial Chapel on Tuesday, May 26th at 2:00 P.M. Reception to follow.

As expressions of sympathy, donations to the charity of your choice
would be appreciated.