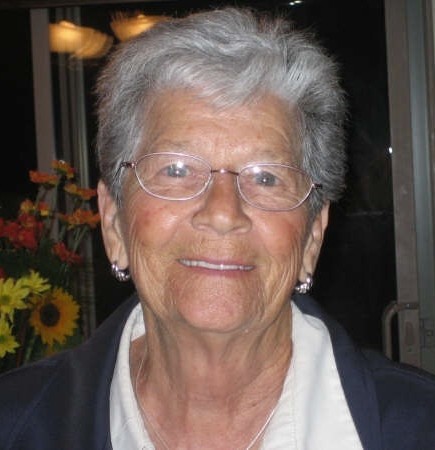 Clairmont, Ida (nee Gobbo) passed away peacefully at the West Parry Sound Health Centre on Sunday, June 19, 2016 surrounded by loving family at the age of 95.

Beloved wife of the late Alvin, devoted mother to Wayne and Sherry of Phoenix, Arizona, Neil and Joye of Binghamton, New York, Paul (deceased) and Cheryl of Espanola, Ontario, and Jeannie of Cambridge, Ontario.

She loved playing cards, walking the trails, and doing an alley cat at line dancing. She was a source of strength for her family, maintaining her independence, sense of humour, and youthfulness throughout her life. Ida loved playing with her grandchildren and later in life, her great grandchildren. She was not only a mother and grandmother, but a best friend.

Ida was an integral member of the Parry Sound community, proudly volunteering for over 60 years at various organizations, such as WPSHC Auxiliary, Royal Canadian Legion, Catholic Women’s League, and Meals on Wheels.

As expressions of sympathy, donations to the West Parry Sound Health Centre Foundation would be appreciated.

'Ida will be greatly missed and forever remembered as a cherished mother, grandmother, GG, and friend.'