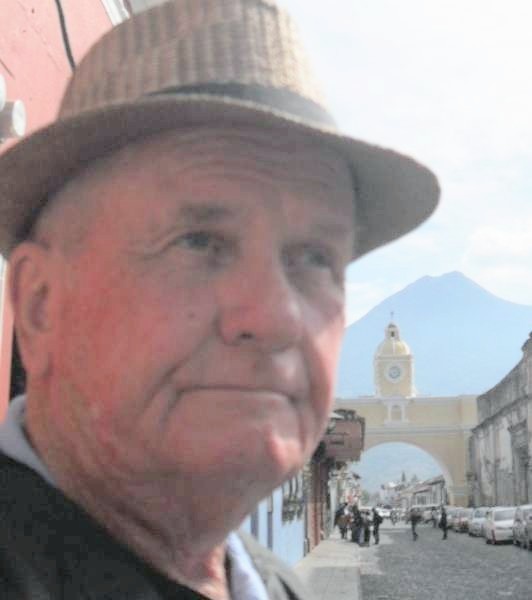 William Charles ‘Bill’ Jacklin passed away at West Parry Sound Health Centre, with his daughter by his side on Tuesday, September 28th, 2021. Age 85 years.

Predeceased by his parents, Charles Bert and Alice Grace Jacklin; by his brothers Robert and Ronald; and by his first wife Marjorie and second wife Joanne Coniam.

Fondly remembered by his sister Alison King (Chris) and his brother John (Gail).
By his son Michael Jacklin (Kerry Brew) and daughter Cindy East (Phil).
By his grandchildren Leo (Sidonnie) and Anthea (Pat) and by his great-grandson Oliver.
By his second family Kim MacKay (Paul) and Wendy Coniam (Bruce Foster).

Remembered as ‘Uncle Bill’ by Jennifer MacKay (Jon), by Alison Foster, John Foster (Kassie), and by Cohen and Elliot, Dawson and Isla.

As was Bill’s wish, cremation will take place.

Condolences to all family and friends; Fr; Curtis and Mieke Stevenson Thoughts and prayers sending;

To: John (Gail), and the extended Jacklin families. It was 68 years ago that Bill Jacklin joined the Canadian Navy. He was 16. At the time, many young boys in Parry Sound were having a tough time at home, and at school. The year was 1953. The Korean War had just ended, in July. Bill Jacklin and some of his Parry Sound boyhood pals, such as Danny Phillips and Roger Stevenson decided to forgo the opportunity to go back PSHS in the approaching fall, and decided to join the Canadian Navy. When Bill Jacklin and his buddies packed their bags, and left town to join the Navy, they were the talk of the town, particularly amongst their peers. Choruses of “Wow – Billy, Danny and Roger joined the Navy” were often heard in the halls of PSHS. Billy was a down-to-earth person! He was the quintessential free spirit. He was also stubborn and pig-headed. In later years, Bill’s love of the water would see him spend countless hours on the “Cambrian”, a tugboat owned by his long-time friend, Captain Jack Kennedy, where many hours were spent reprising the fascinating exploits connected with Billy’s adventures to the Far East, and other ports-of-call, and with every mug of beer, the repetition of these episodes would produce even broader-smiles, and louder laughter, as evenings faded on the “Big Sound.” Nothing was left unspoken, at the end of Bill Jacklin’s days. His friends told him these things, and there is comfort now, in knowing this. Bill Jacklin died with character, and with dignity, which is no surprise to those who knew, and loved him. Still, it is an ending and what is left now -- is to say goodbye. Bon Voyage Billy. Smooth sailing!